Ram Kapoor is an Indian Television and Film actor. He has portrayed various roles on screen leaving a mark of remembrance. Ram gained popularity with his character of Jai Walia in ‘Kasamh se’.

His most famous work is with the same name in ‘Bade Achhe Lagte Hai’. The television serial was a huge success and gained the highest TRPs while on air. Ram has nailed every character he played as an actor, irrespective of it being on television or silver screen.

Ram Kapoor was born on 1st September 1973 in New Delhi. After his graduation, Kapoor decided to join the entertainment industry and left Lose Angeles in the United States with joined Stanislavski based acting academy in Los Angeles.

Kapoor made his onscreen debut with the television serial Nyaay in 1997. Undoubtedly since then he has entertained the audience with his impeccable performances. But his weight has always been a topic of discussion.

The actor is celebrating his 48th birthday on 1st September 2021.

Ram Kapoor left everyone speech less with his unrecognizable body transformation. He used to weigh around 130kgs. One can easily see him that the actor has lost a lot of extra kilos especially the love handles.

He observed two strict rules consisting of a strict work out routine and diet plan and lost almost 30kg.

Ram shed a lot of sweat in the gym. He maintained the pattern of working out in the morning and evening with the accurate hours required. The intense Cardio was a must.

He focused on When to eat rather than what to eat and not. Ram followed the strict diet plan of 16:8. In which you are only allowed to eat in the given 8hours and strictly not allowed to eat anything for 16hours. The intermittent fasting method really helped him with proper and resulting diet. 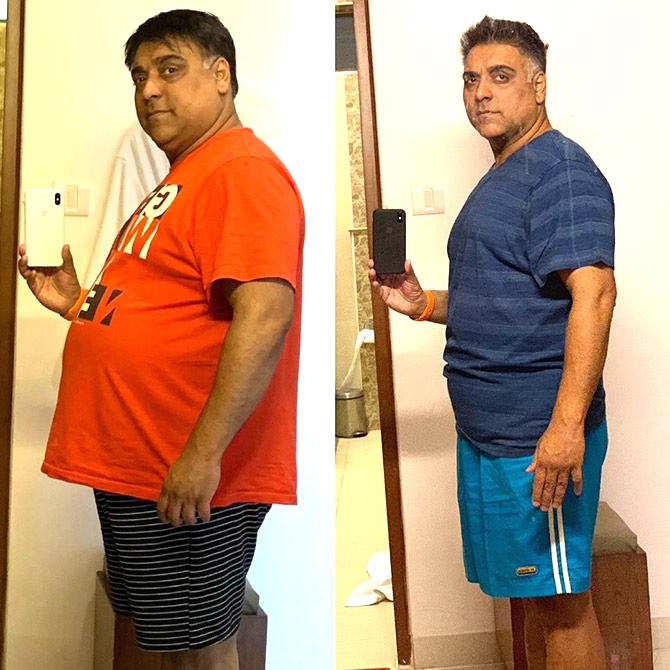 His fans went crazy after seeing his massive transformation. His dedication and hard-work paid off. He is an inspiration for many ,who think that they can’t get rid of their heavy weight.

25 Fad Diets That Did Not Stand the Test of Time

The Elipse gastric balloon, a new ‘miracle weight loss pill’ that promises to help you lose weight WITHOUT exercise or diet