Sharonnn! Osbourne might have a new job prospect, a personal hype woman.

Now that she’s left The Talk, after a long and confusing scandal that’s now being investigated, Osbourne can use her time off focusing on herself and her children, hopefully, if her mouth doesn’t run away from her again.

Osbourne has become one of the most outspoken celebrity personalities in the past couple of years, hence why she was probably hired for a show with the word talk in its name. She’s like the female Howard Stern, and in fact, the two are close friends, having worked America’s Got Talent together.

Both love to share their opinions about things in the business, and both have a notorious track record when it comes to feuds with other celebrities. Stern had a famous feud with Adam Sandler at one point, and Osbourne has pretty much fought with most of her co-hosts and has even had beef with Jonah Hill’s brother. There’s also the fact that some celebrities think that she’s the reason they got fired from The Talk, and fans agree. Ultimately, you either love or hate them.

Anything Osbourne says now gets some backlash, even if she’s talking about her own experiences. So we’re not too sure how well she’s going to do talking about herself during this controversial point in her life. But one thing she can do and has already started to do is become her children’s hype woman. If she can’t support anything right now without getting flack, she might as well support her kids.

Here’s what Osbourne had to say about her daughter, Kelly Osbourne’s recent success.

She’s So Proud Of Her Daughter

In early February, before Shexit (what we like to call Osbourne’s exit from The Talk), Osbourne gushed to HollywoodLife about how great her daughter Kelly looked. She said she was “thrilled” that Kelly had managed to lose 85 pounds yet “gained so much confidence” at the same time.

Kelly had a gastric sleeve procedure in 2018, and Osbourne couldn’t be prouder of her daughter’s weight loss journey. On New Year’s 2020, Kelly vowed that the year would bring big changes in her life, and she was definitely successful.

Related: Where Do Sheryl Underwood And Sharon Osbourne Stand Today?

Ringing in the year, she posted about her New Year’s resolution on her Instagram, writing, “2020 is going to be the year of me!!! It’s time to put myself first, stop taking on other peoples sh*t and be the badass sober women I was born to be.”

Fast forward to New Year’s Eve 2021, Kelly had already accomplished her goals, and her mom noticed immediately. In the interview with HollywoodLife, they commented on how great Kelly looked, and Osbourne couldn’t have agreed more. “She does, doesn’t she?!”

“She’s a beautiful young woman and I’m so proud of her,” the proud mother gushed. “She’s just great. It’s great looking at her and seeing her go off with her friends. Did you see her on New Year’s Eve? She was hosting. It was so much fun to watch her and I was just like, ‘Yeah! My Kelly’s back!’ It was just great.”

Of course, she’s talking about her daughter’s hosting duties for Fox’s New Year’s Eve Roast & Toast 2021, in which she was egged on by her co-hosts, Ken Jeong and Joel McHale, to yell across to Ryan Seacrest, who was hosting for ABC’s Rockin’ Eve. They wanted her to call him “Gollum” and tell him “to return the ring to Mordor,” in reference to Lord of the Rings. She eventually did at the end of the night and had to be bleeped out a couple of times. Such classic Osbourne behavior. It made her mom proud, and some fans on Twitter very happy.

There Have Been Struggles Lately

Sadly, while her mother has been dealing with her own issues, Kelly has been going through her own. She recently announced that she relapsed after being sober for four years. In an interview with Extra, she said one of the reasons for the relapse stems from the fact that she tends to mess things up for herself when things are going well.

“I don’t know why my nervous breakdown happened at the end of the lockdown. I made it all the way through, everything was great and my life was perfect,” she said. “I’m that girl that when everything is going great I need to f–k it up a little and make everything a little bit worse in my life.”

She broke her four-year sobriety because she thought she could go back to drinking casually.

“I am an addict and had thought that I had enough time under my belt and I could drink like a normal person, and it turns out I cannot and I will never be normal,” she continued. “I don’t know why I even tried it. It’s not for me, and it took me a matter of days and I was like done, not doing this.”

Related: Did Kelly Osbourne Enjoy Being On A Reality Show?

Kelly wanted to share her recent experiences with the public to show other addicts that they aren’t alone. She’s not proud of what she did, but at least she’s back on track now. Another thing her mother would probably be proud of her for.

In the same interview, Kelly also touched on cancel culture, something that’s eating away at her mother right now.

“I say f— cancel culture; it’s all about counsel culture… educate people, teach people… a gentle nudge in the right direction is so much better than a public execution.”

Mother and daughter are very protective and supportive of each other. They’re Osbournes; they’ve seen and done really sketchy things, but they’re a family nonetheless. But, honestly, who knew a day would come when Ozzy was the tamest Osbourne?

Next: 20 Surprising Facts About Kelly Osbourne And Her Famous Family

Jessica Simpson Talks Being Sexualized While Growing Up In The Church 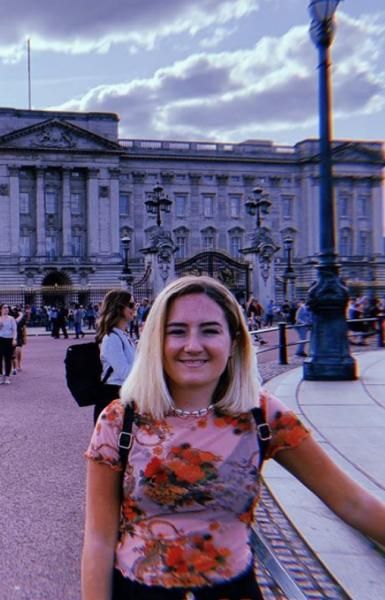 Hannah Wigandt is an avid reader and writer of all things pop culture and entertainment, based in New Jersey. She’s been an entertainment features writer for her colleges newspaper, an intern as an entertainment staff writer, and is now a contributing writer for TheThings.com. She is a graduate from Montclair State University College of the Arts, earning a bachelors degree in Journalism. Her hobbies are calligraphy, scrapbooking, and collecting books, and she likes to travel often.

What Is 75Hard? Introducing the Latest Fitness Trend With A Cult-Like Following

Eating disorders and fitness trauma affect many women. This mum wants to make a difference

How To Stop Dieting & Have A Better Relationship With Food