The excitement surrounding their new hobby temporarily fizzled as their own lives evolved. Then just over a year later, Johnson convinced Dawson to return to the ice cream machine for a more serious go at things.

“We created dream flavors, combinations that had never been made,” Dawson said. “It’s funny how different our worlds were, but it was it was just like undeniable, he (Johnson) was like, ‘We have to get back, we got to make some flavors.’ And so, we we started back in and the rest is kind of history.” 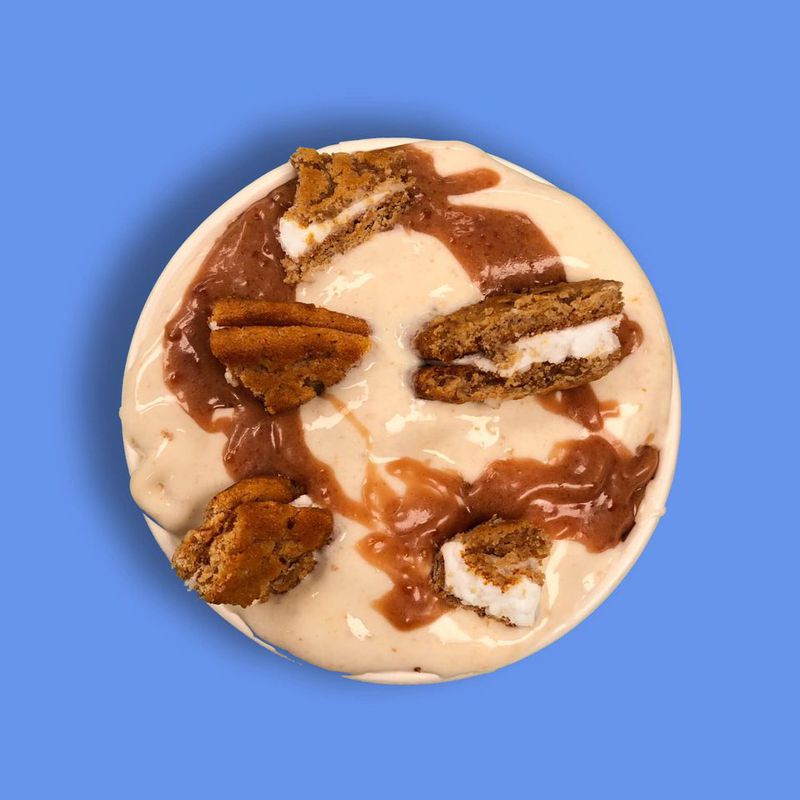 Ready to take the next, sweet step, the friends have rented space in Spark Fairborn, a co-working office and kitchen incubator in downtown Fairborn. There, they will be making small batches of limited-supply, homemade ice cream. New flavors will be announced on Facebook each week and the first people to claim them will have dibs.

The first “flavor drop” is expected to happen this weekend, with a call for orders to happen as soon as the first weekend in December.

“Just starting out … we’re gonna make as much as we can, show it to whoever we can and just kind of invite the community to like grow with us and follow us on the journey,” Dawson said.

If all goes well, Dawson said they would love to work with local grocers and possibly grow to ship nationwide.

“We’re definitely like really happy to do the Dayton scene first,” Dawson said. “We both love Dayton, it’s where we both grew up and (Dayton’s been) super cool and supportive.”

As both Dawson and Johnson lead physically fit, healthy lifestyles, Dawson said they’ve had many people ask if their ice cream is comparable to lighter ice cream brands like Halo Top or Skinny Cow.

Customers can expect an ice cream more akin to Ben & Jerry’s, according to Dawson.

“We want (people to have) just wonderful experience,” Dawson said. “You know, we definitely don’t want to lean into fitness stuff too hard because it’s kind of polarizing, but like, we are pretty happy to say, ‘Hey, you can enjoy these foods you like in moderation and not feel guilty.’ We want people to know that.”

People can follow Johnson and Dawson’s ice cream journey, and soon, can order their own pint, by following JD’s Ice Cream’s Facebook page, by searching on Facebook for @jdsicecream.

The founders of JD’s Ice Cream say there is no connection between their venture and JD’s Old Fashioned Frozen Custard in Englewood, which opened in 1998.

Fitday a One-stop Solution for All Wellness, Nutrition and Fitness Needs

Fitday a One-stop Solution for All Wellness, Nutrition and Fitness Needs

How To Keep Your 2021 Health And Fitness Resolutions: MD Experts